It was built in 1580 by the Busquet family in Andorra la Vella, the capital of Andorra. The "House of the Valley", or in Catalan, which happens to be the official language of Andorra, La Casade la Vall. Constructed in a rectangular fashion, the building includes a dovecote, which served as a defense tower and gives the complex the appearance of a small fortress.
In 1702 the house was acquired by the Consell de la Terra "Council of the Earth", which is an assembly comprising representatives of all the valleys. Once acquired, several areas of the house were converted to suit its new purpose more adequately. For example, the first floor became the new council chamber, in which was placed the "cabinet with seven keys". It takes this name "because it has seven locks each of whose keys is the property of the parishes of Andorra, and contain historical documents of the principality like the Manual Digest" (Wikipedia).
***
Between 1944 and 1947 Andorra issued a stunning set of twenty definitive stamps. The set includes four different designs, all engraved by Achille Ouvré. In this blog we shall study the second design in this set, depicting the House of the Valley. To study the first design, click HERE. It was designed and engraved by Achille Ouvré. This design was printed in five values, each with its own unique colour. All but one value, the 2,50f, which was issued in 1946, were issued in 1944. So let's now turn to the stamps. And I have to say,  I love this composition. There are so many areas of interest. The cottage and perimeter wall at the bottom right. The tiny minaret-like structure jutting from the corner of the building at the centre of the stamp. And in the background we are given a glimpse of the tower, behind which looms a stunning mountain range. 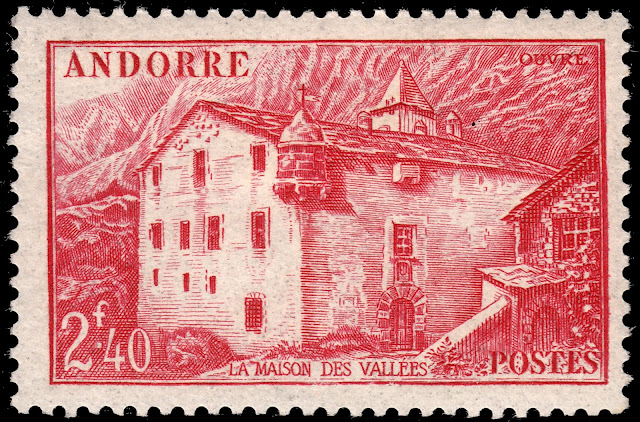 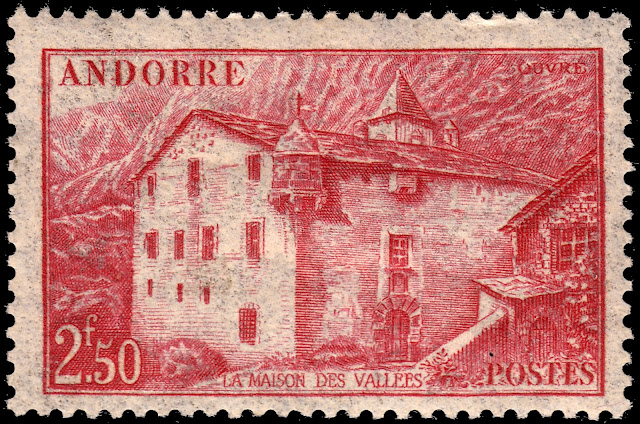 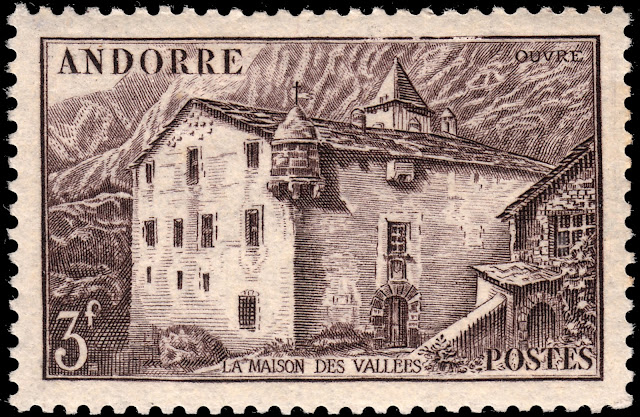 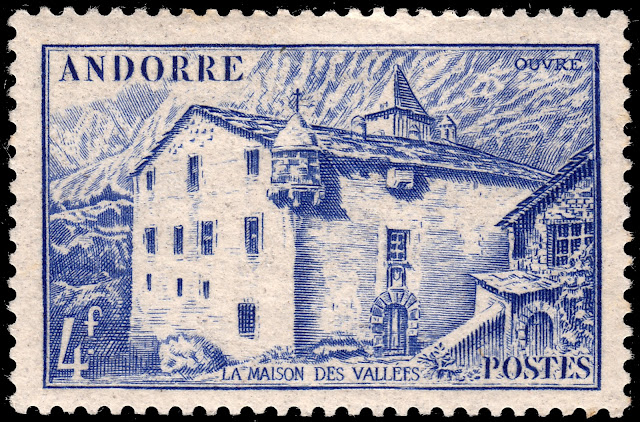 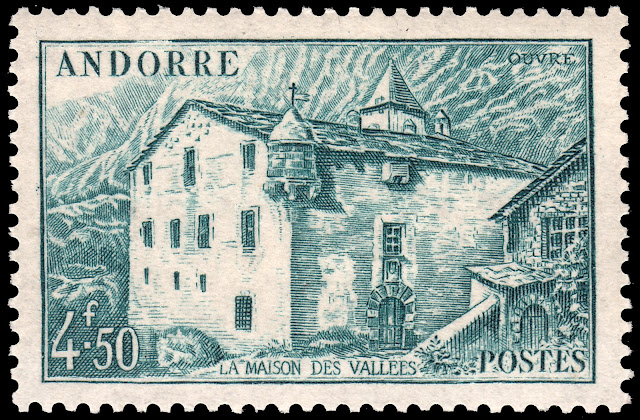 ***
Above I listed some of the key features I admire in this design. In fact, I believe each aspect deserves its very own close-up. For the purpose of these close-ups I have chosen to use the 3f brown-black, which is think showcases the details best. 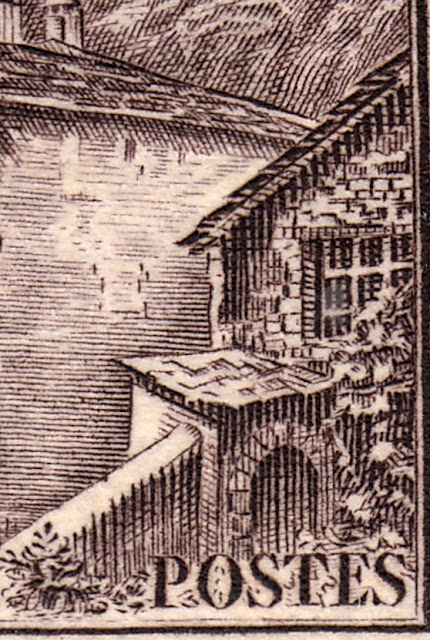 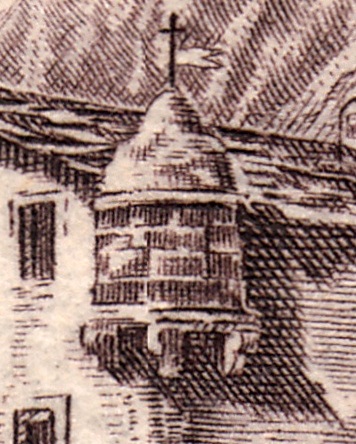 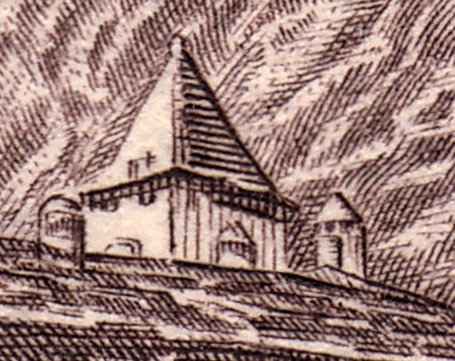