It seems to me, from my study of stamp engravers so far, that there seems to be very few female stamp engravers. I consider this such a shame. There are just as many talented female artists out there as there are men. This got me to wondering: how many female stamp engravers have there been over time? Well, I haven't been able to answer that yet, but I have found a couple of wonderful engravers in my search. The one engraver who stands out to me so far is Marie-Noelle Goffin from France. 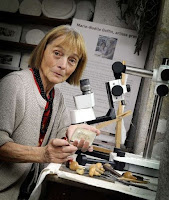 On 11 October 1976 the first Marie-Noelle Goffin stamp was issued in France. The subject of the stamp was Theirs, a commune in the Puy-de-Dôme department in Auvergne in central France. As mentioned above the stamp was designed by Goffin, and it was engraved by Eugène Lacaque.  The design is fantastic. 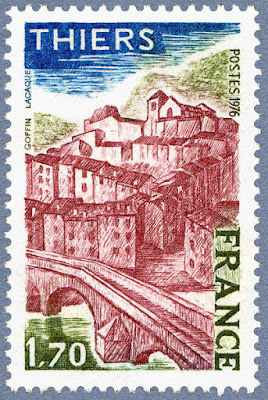 In 1977 Goffin designed and engraved her first stamp for France, showcasing the Collegiate Dorat. It was part of a set of six tourism stamps. 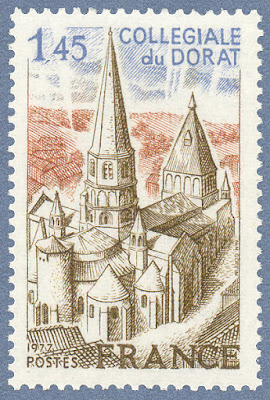 Over the years Goffin has engraved some 70 odd stamps for France and several for the French Colonies. Below is a small sample of some of the beautiful stamps she engraved for France. As I continue to collect her stamps, I will feature them on this blog. 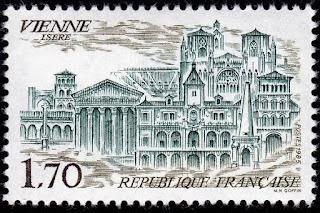 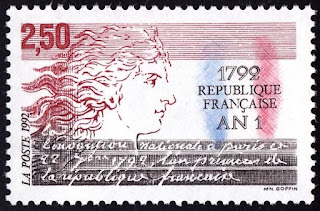 This one is from 1996. I love the sense of depth in this design. 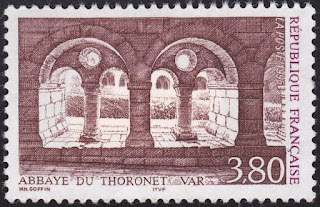 I'd like to thank my stamp friend Natalie for kindly allowing me to use her lovely stamp images.