Andorra is a landlocked sovereign microstate on the Iberian Peninsula, in the eastern Pyrenees. It borders Spain to the south and France to the north. It is traditionally believed that Andorra was created by Charles the Great (Charlemagne) in the 8th century where he was said to have installed some five thousand soldiers in the area to act as a protective force in return for local help in defeating the Moors. Whatever the case, it is certainly known that the state was transferred to the Roman Catholic Diocese of Urgell in 988. And the principality, as it to this day stands, was formed by a charter in 1278. This is, of course, a fly by version of the fascinating history of Andorra. To read more of its history, click HERE.
***
Between 1944 and 1947 Andorra issued a stunning set of twenty definitive stamps. The set includes four different designs, all engraved by Achille Ouvré. In this blog we shall study the third design in this set, depicting Old Andorra, Andorra La Vielle. To study the first two designs, click the relevant link. Part 1. Part 2.. This design was printed in five values, each with its own unique colour. The 5f green was issued in 1947, th 6f carmine in 1945, the 10f ultramarine in 1946. The rest were issued in 1944. So let's now turn to the stamps. 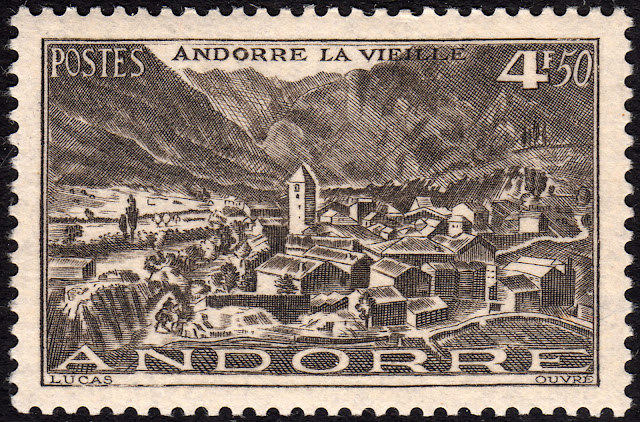 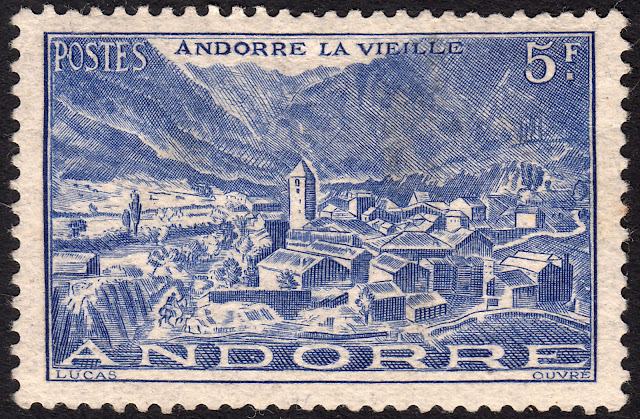 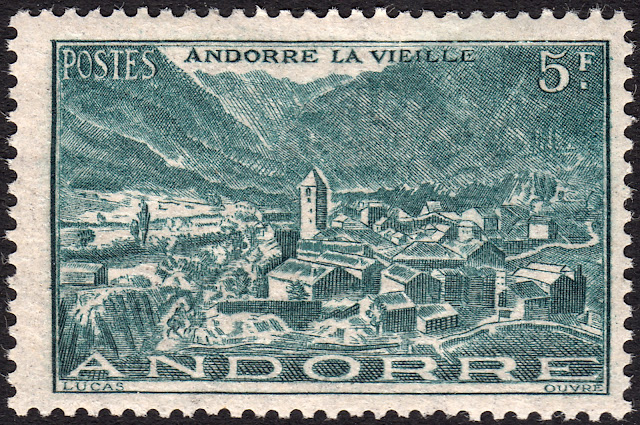 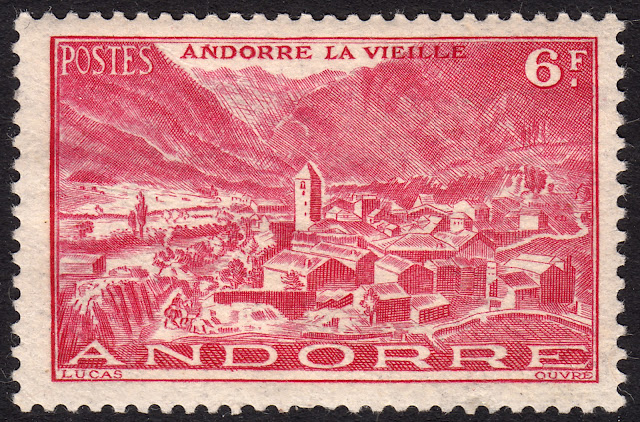 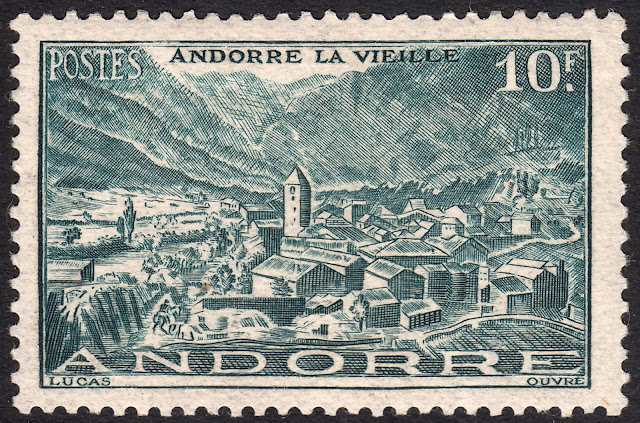 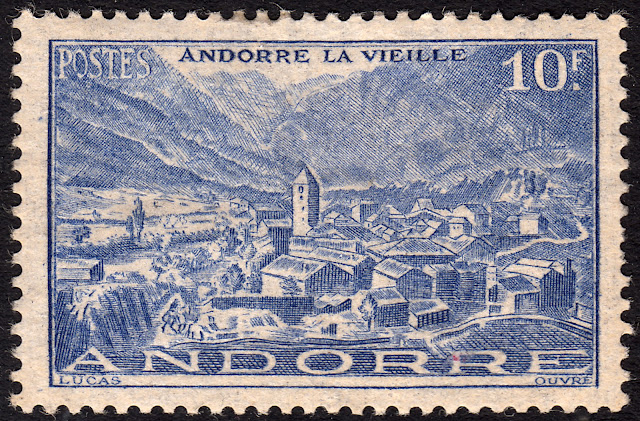 As mentioned above, this stunning design features a birds-eye view of Old Andorra, which is the capital city of Andorra. An interesting factoid about Old Andorra, it is the highest capital city in Europe at an elevation of 1,023 metres (a similar elevation to where I presently live).