Oceanography is: "a science that deals with the oceans and includes the delimitation of their extent and depth, the physics and chemistry of their waters, marine biology, and the exploitation of their resource" (Meriam-Webster.com).
***
In last week's blog we were introduced to Prince Albert I of Monaco, a trail-blazer in the field of oceanography. His contributions to this discipline and his career as a navigator were celebrated in a sumptuous series of 18 stamps, issued in two sets of nine in 1977.

One of Prince Albert's crowning achievements was the founding of the Oceanographic Institute in 1906. One part of the institute is the Monaco Oceanographic Museum, located in Monaco-ville. The museum is a  stunning piece of architecture in the baroque revival style. It was built into the side of a cliff face overlooking the ocean, and it took workers some eleven years to complete. 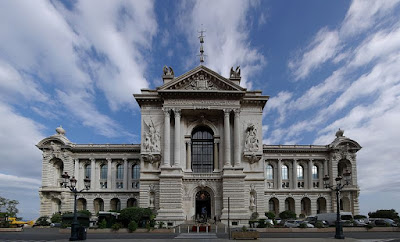 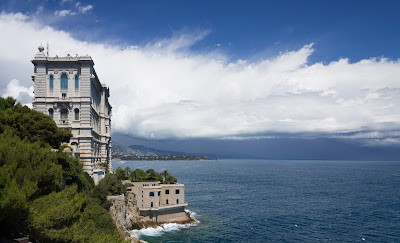 ***
The museum was inaugurated in 1910 by Prince Albert I. In looking up the history of the museum, I was surprised to discover that the great Jacques Cousteau was the director of the museum from 1957 to 1988. I recall watching Mr Cousteau on TV as a kid. The singer/songwriter John Denver wrote a song dedicated to him, called Calypso, which was the name of Cousteau's boat. The museum is also known as the Jacques Cousteau Museum.
The museum is home to a large variety of sea fauna such as starfish, turtles, sea urchins ,jellyfish, crabs, sharks, lobsters and many more sea critters. There are even some skeletons! 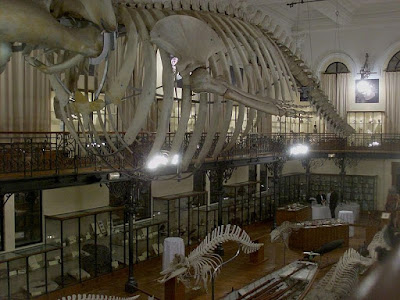 It is also home to an amazing octopus sculpture. 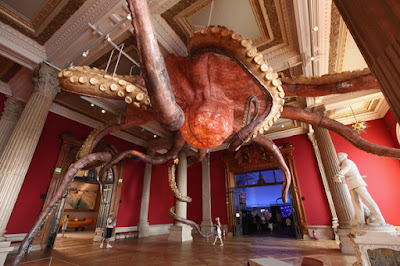 ***
In 1902 Albert I published a book La Carriere d'un Navigateur (The Career of a Navigator), which documents his adventurous life at sea. On 3 May 1977, the 75th anniversary of the publication of his magnum opus, Monaco issued a glorious set of 18 stamps, issued in two sets of nine, honouring the Prince's achievements. To engrave this mammoth issue, a stellar cast of French engravers was enlisted: Pierre Gandon, Claude Haley, Michel Monvoisin, George Betemps, and Pierre Forget. This set was created based on illustrations by the French illustrator Louis Tinayre (14 March 1861-26 September 1942).
Last week we kicked off by studying the first four stamps in this first series. This week we will study the last five stamps in this series. And they are truly gorgeous. Maintenant examinons les timbres!
***
The 1f stamp was designed and engraved by Georges Betemps. It features a night-watch helmsman at the wheel of one of Prince Albert's yachts, perhaps l'hirondelle. I love this stamp. The depths of the darkness give it a sense of brooding mystery. And the illumination from the binnacle lamps splashing over the sailor is fabulous. 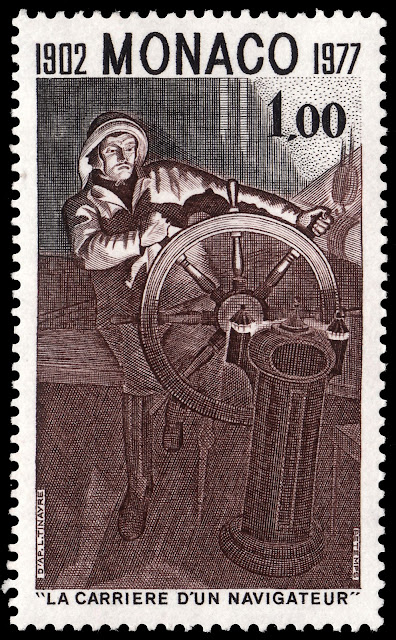 ***
The 1f 25 stamp was designed and engraved by Pierre Forget. It features a dynamic scene in which L'hirondelle battles a raging storm. The artist has managed to create a very real sense of fear and impending danger in this stamp. 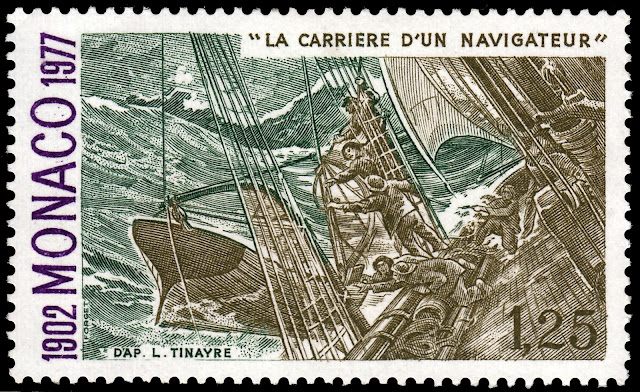 ***
The 1f 40 stamp was designed and engraved by Claude Haley. It features a group of researchers, perhaps including Prince Albert himself, out in a longboat, fishing for shrimp. 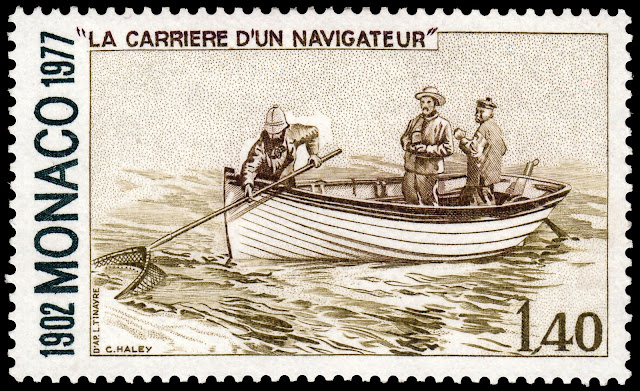 ***
The 1f 90 stamp was designed and engraved by Pierre Forget. It features a scene in which the trawl is being hauled aboard for further investigation. 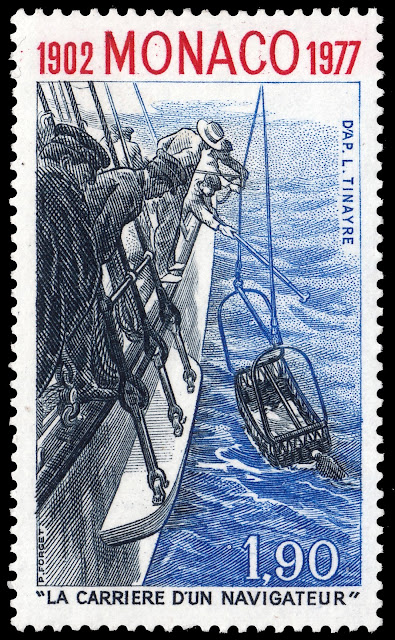 ***
The 2f 50 stamp was designed and engraved by Georges Betemps. It features the capture of an oceanic sunfish for analysis. 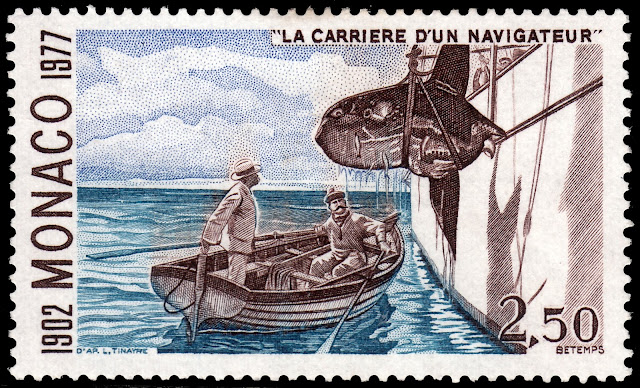 Stay tuned for the second series of this wonderful set.
Until next time...
Posted by Stamp Crazy! at 02:20