The collection is growing!

I am officially super excited! An ebay auction for the France 1946 Airmail set by Gandon just finished and I won it for US $4.25, which I think is pretty good value. 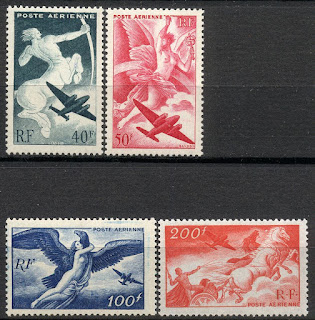 ***
But that's not all. Today I also won an auction for a France 1945 set, which includes all of the Marianne de Gandon definitives and the two other regular stamps he engraved that year. 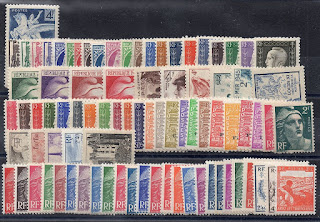 ***
And to top it all off, while browsing yesterday, I found a set of Buy It Now 1945 large format Marianne de Gandon's with a couple of the stamps bearing ink flaws for just a few dollars. At least I think they are ink flaws. 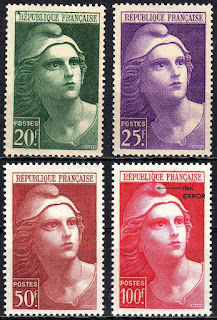 So right at this time I am one very happy camper! Suffice to say I won't be doing much in the way of spending now for a couple of weeks!!