Let the festivities commence! From motorboat races on the Seine to the Grape Harvest Festival, and from World Championship Boxing Matches to Shakespeare in the park. The 1937 Exposition Internationale des Arts et Techniques dans la Vie Moderne (International Exposition of Art and Technology in Modern Life) had it all. The Expo was held from 25 May to 25 November 1937 in Paris, France. Countries from around the globe converged on the "city of lights" to flex their muscles of national pride. Participating countries were invited to build their own pavilions. Some pavilions were rather modest. While others such as the Soviet and Nazi pavilions opted more for the ostentatious and colossal. And can I say, downright ugly? You be the judge... 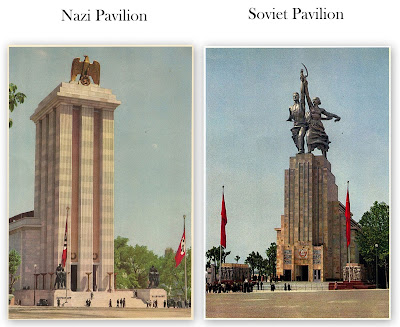 Speaking of colossal, these pavilions were tiny compared to the dreams of designer Eugène Freyssinet. He envisioned a centerpiece for the fair that went beyond epic and launched itself more into the realms of the ludicrous. A building that would dwarf the Eiffel Tower, which was custom-built for the 1889 World Expo. He designed a tower 701 metres (2,300 feet) tall! He called this monstrosity Phare du Monde (Lighthouse of the World). A lighthouse! Just what Paris, some 160 odd km from the sea, desperately needs! But that's not all. At the very top of this monumental skyscraper would be found a hotel, a restaurant, a massive sunroom, and a giant multi-story garage for approximately 400 cars. By the way, that last bit isn't a typo! So how the heck does one get 400 cars up some 700 metres? Why on a road of course! A road that winds itself around the outside of the tower. Because driving up a narrow winding street into the clouds would never lead to disaster, right? Thankfully, sanity prevailed and this scheme was deemed far too expensive to even contemplate. Below is an image that illustrates the scale of the Phare du Monde. 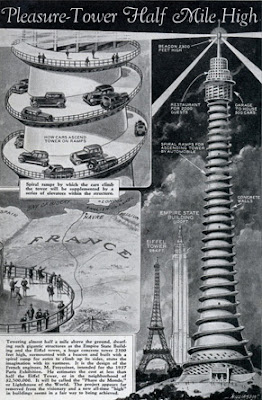 ***
This World Expo was also a big deal in the world of philately. A group of France's best artistic minds were assembled to create a six stamp set that would be issued in twenty-four French colonies. This was the second omnibus series printed in France, the first being in 1931 for the International Colonial Exposition. Engravers such as Rene Cottet, Emile Feltesse, Pierre Munier, Antonin Delzers, and of course Albert Decaris contributed to the set. In fact, Albert Decaris both designed and engraved two stamps in this set. Below is a list of all colonies in which this set was issued.
***
To show examples of all stamps from all colonies would take up far too much room. Over time I will add images of the stamps from all the colonies, which will be found under the 'Omnibus Issues' tab found at the top of my blog page. For the purposes of this blog let's take a look the French Guiana issue. Enjoy!

The 20c stamp was engraved by Rene Cottet. 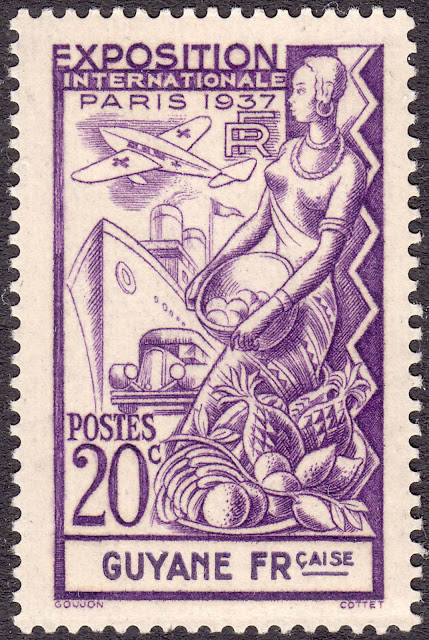 ***
The 30c stamp was engraved by Emile Feltesse. 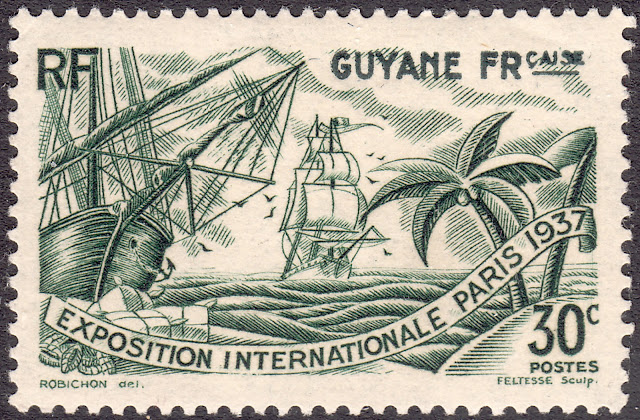 ***
The 40c stamp was engraved by Pierre Munier. 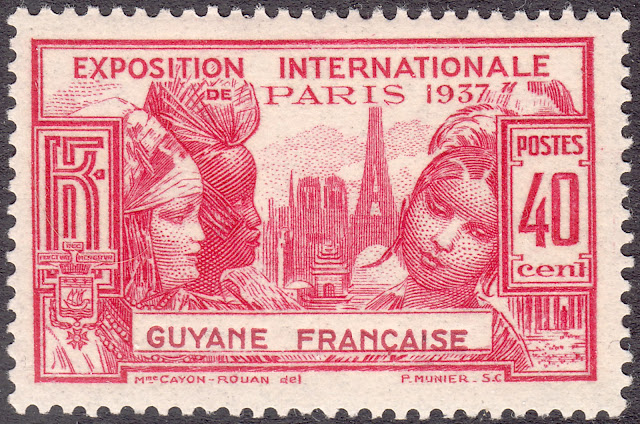 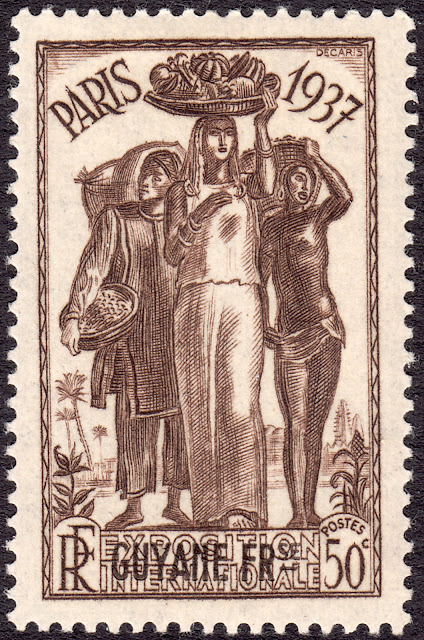 ***
The 90c stamp was engraved by Antonin Delzers. 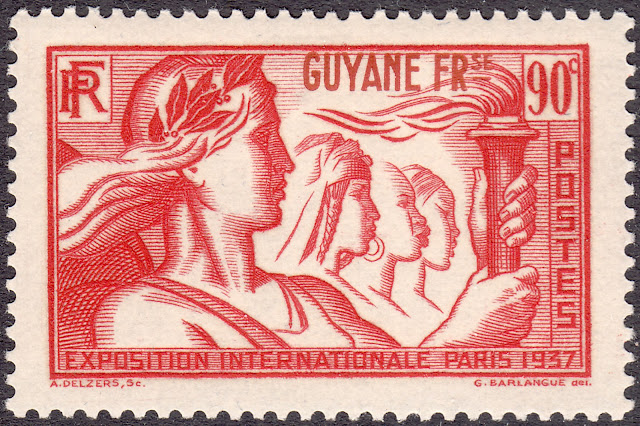 ***
The 1f 50 stamp was designed and engraved by Albert Decaris. 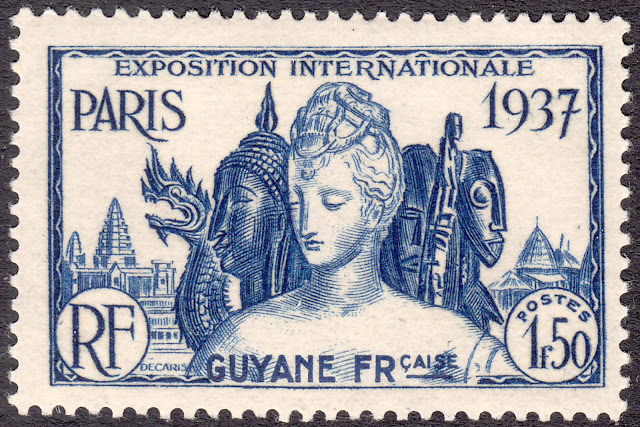