On 14 February 1966 Australia's currency changed from the Australian Pound, which was introduced in 1910, to Decimal Currency. Accordingly a new set of definitives were required for the new decimal values. Below is the actual TV commercial informing Australians of the changes to come.

It was decided to use the portrait of Queen Elizabeth II by Anthony Buckley for the 1c to 4c denominations. This was not the first time the Buckley portrait was used for an Australian definitive. It was previously used on the 1963 5d definitive and the 5d Royal Visit stamp. 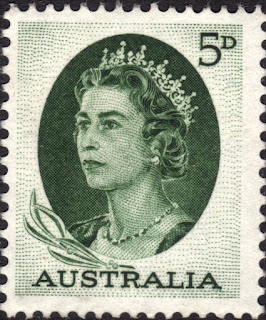 For the new 1966 decimal definitives, the design of the 5d stamp was significantly reworked. The circular frame was removed and the portrait of the queen somewhat enlarged. 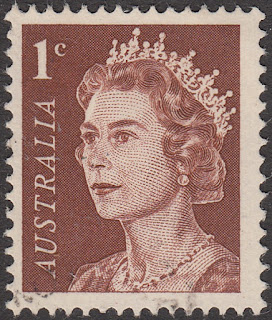 In order to save money, it was decided that a single master die would be engraved leaving a blank space in the top left corner for different values to be inserted later. The undenominated master die was engraved by Bruce Stewart. As mentioned above, this design was printed in four different values on 14 February 1966. 1c Red-brown, 2c Yellow-green, 3c Grey-green, 4c Red. The four cent denomination was the standard letter rate at the time. Below is a lovely a booklet pane of the 4c denomination. 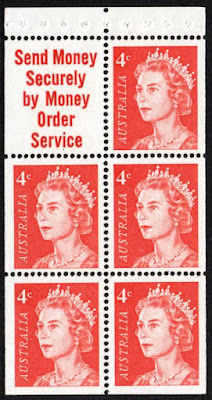 Three further denominations of this design were printed, reflecting increases in the standard letter rate. The 5c Blue on 29 September 1967. 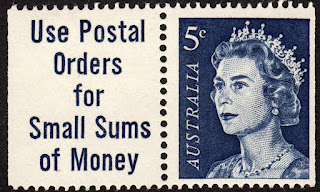 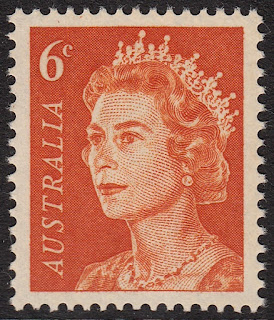 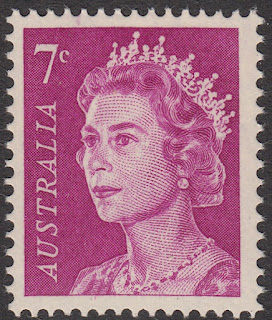